‘Working Backwards: Insights, Stories and Secrets from Inside Amazon’, by Colin Bryar and Bill Carr

Amazon is now such a revered behemoth that two former senior employees have been able to write a book — and set up a consultancy of the same name — offering advice on how to run business the Amazon way, or “Being Amazonian”. This guide also serves as an interesting early history of the company.

Some of the key features of Amazon’s culture are well known: PowerPoint is banned, and important meetings start with everyone spending about 20 minutes in silence reading memos that outline plans and ideas. As Jeff Bezos says: “The narrative structure of a good memo forces better thought and understanding of what’s more important than what, and how things are related.” PowerPoint presentations, on the other hand, “somehow give permission to gloss over ideas”.

Other useful concepts include the “bar raiser” approach to hiring — in which a cohort of staff members is trained to take part in the recruitment process. Regardless of which department is hiring, bar raisers ensure all hires are made for the right reasons, that hiring managers’ biases are minimised — and that the interview process is focused on specific questions that draw out their past experience and strengths in teamwork. Bar raisers do not receive extra pay for doing this, but it is considered a prestige position.

There are candid snapshots of Jeff Bezos at work (one of the authors, Bryar, was Bezos’s chief of staff at one point). Bryar and Carr are candid about Amazon’s failures, and students of mistakes — and what we can learn from them — will be of interest. The Fire phone, in particular, was a swift flop, but the Kindle, Amazon Prime and Amazon Web Services triumphed. Rather like a potted business school case study, this book gives us the story as it developed at the time — and that is probably worth the cover price of the book in itself.

Lots of people are name-checked, and almost all of them are men: there’s probably another book to be written about how that culture has affected Amazon’s development.

One thing strikes the reader, though: why are former employees allowed to do this? Why doesn’t Amazon itself set up a consultancy and profit from distilling and disseminating its own management practices? Perhaps nobody has yet written the right six-page memo.

Joann Lublin’s third book came out of her own experiences as a high-powered mother. When her children were very young she was made second-in-command of the London bureau of the Wall Street Journal. 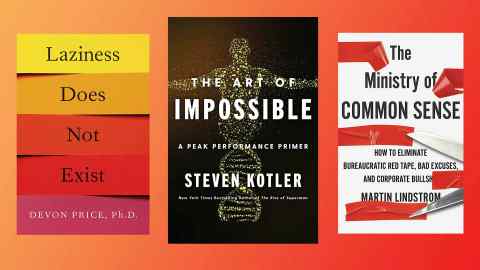 This Doodle Of Anushka, Virat And Baby Girl Vamika Will Surely Melt Your Heart; Check…


Ullrich: We can grow hair, if not flowers, in long winter | Public Announcements