“Be persuasive”, “be engaging”, “tell stories with your science”.

Most researchers have heard such exhortations many times, and for good reason. Such rhetorical devices often help to land the message, whether that message is designed to sell a product or win a grant. These are the traditional techniques of communications applied to science.

This approach often works, but it comes with danger.

There are myriad examples from the current pandemic of which we might ask: have experts always been explicit in acknowledging unknowns? Complexity? Conflicts of interest? Inconvenient data? And, importantly, their own values? Rather than re-examine those cases, we offer ideas to encourage reflection, based on our own research.

Our small, interdisciplinary group at the University of Cambridge, UK, collects empirical data on issues such as how to communicate uncertainty, how audiences decide what evidence to trust, and how narratives affect people’s decision-making. Our aim is to design communications that do not lead people to a particular decision, but help them to understand what is known about a topic and to make up their own minds on the basis of that evidence. In our view, it is important to be clear about motivations, present data fully and clearly, and share sources.

We recognize that the world is in an ‘infodemic’, with false information spreading virally on social media. Therefore, many scientists feel they are in an arms race of communication techniques. But consider the replication crisis, which has been blamed in part on researchers being incentivized to sell their work and focus on a story rather than on full and neutral reporting of what they have done. We worry that the urge to persuade or to tell a simple story can damage credibility and trustworthiness.

Instead, we propose another approach. We call it evidence communication.

Conventional communication techniques might ‘work’ when the aim is to change people’s beliefs or behaviours. But should that always be our aim?

Early in the pandemic, we surveyed people across 13 countries from South Korea to Mexico and asked what sources of information they trusted. We also asked them why. Their answers show how sensitive people are to the aims and interests of communicators.

“They sell news, not truth,” said one UK respondent about journalists; “I believe the Government are being guided by scientists and genuinely care about the population,” said another; “WHO is paid by China,” replied a respondent from Japan. Friends and family were often warmly described as having “no reason to lie”.

These observations fit with the literature, which identifies expertise, honesty and good intentions as the key to trustworthiness1. Researchers need to demonstrate all three: we cannot expect to be trusted on the basis of expertise alone. 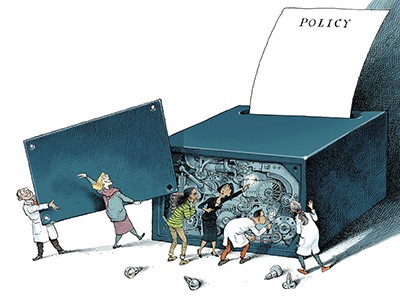 So how do we demonstrate good intentions? We have to be open about our motivations,…


The Grow Your Business Conference last session is coming up!