Bombarded with information – the challenge of crowded digital channels 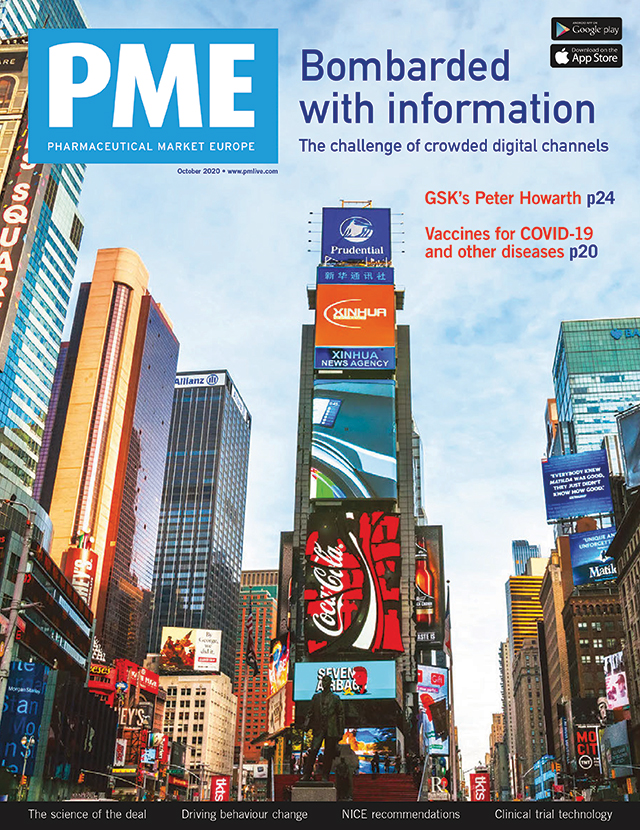 A few years ago, a bloke in America decided to count the number of branded communications he was exposed to in a single day.

After reaching 487 before he’d even finished his breakfast, he quickly opted to abort the experiment. That was in 2015. Today, he might not get to start eating his croissant. In the digital age, the average person is apparently exposed to between 6,000 and 10,000 promotional messages or branded items every day. Whether that’s via TV, print, digital platforms, social channels or mobile media, that’s quite an onslaught. A lot of people are going to a lot of trouble to try to get our attention.

The time we spend online, or glued to a mobile device, is growing astronomically – and much of it is peppered with interruptive pop-ups, branded content or native advertising. Alongside it, as the number of channels at our disposal ever increases, traditional marketing still lands on our doormats and even the most primitive forms of electronic communication continue to flood our inboxes. More than 300 billion emails and 23 billion text messages are sent, worldwide, every day.

The equivalent stats for social media marketing are equally staggering; last year, companies invested $84bn – 13% of global ad spend – on social media advertising. And that investment is only going to get bigger. It’s fair to say that, as consumers, we’re being bombarded with information. Much of it doesn’t make it past our attention wall. However, as the online migration caused by COVID-19 forces even more content through crowded digital channels, the challenge facing modern marketers is only getting harder. How do you get noticed? As the author and philosopher, Matshona Dhliwayo, says: ‘The world accommodates you for fitting in, but only rewards you for standing out.”

Therein lies the paradox of communication: a strong message has to fit in and stand out. If we don’t recognise it, we don’t notice it. And if we don’t notice it, it’s failed. To compound the challenge, it’s widely accepted that in communications, ‘familiarity breeds apathy’. So even if we recognise a message, the point at which it stops standing out is the point at which we stop paying attention. Public health guidelines for COVID-19 are a great example. So in a world of non-stop noise and cluttered channels, how do you prevent your messages getting stuck in the bottleneck?

Success is all about the quality of your creative communications. You may be championing groundbreaking innovation, but if your communications don’t differentiate, you’ll likely never cut through.

Communications excellence is a clichéd term but it’s never been more important. That’s certainly the case in pharma, where the challenge of getting high-cost medicines to patients is as much about effective communication as it is about scientific innovation. Differentiated communications are at the heart of great customer experiences – and they’re a…

&pictures focuses on youth with its brand new ethos ‘On Nahi, Full On’