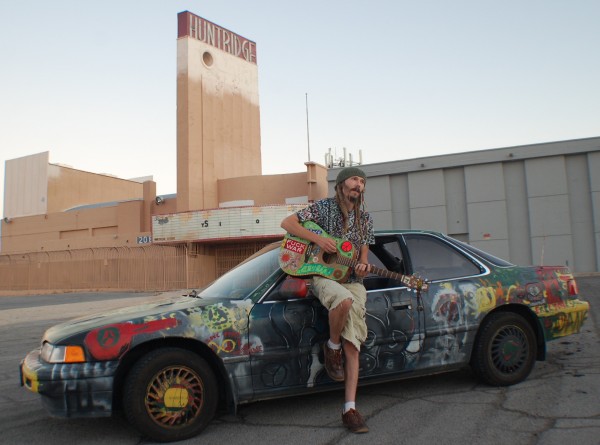 Talk about owning the year, and Freesouljah will beat everyone to it. After dropping back to back singles and albums this year, Freesouljah has raised the bar for other artists of this time. With an EP titled “Refugee Nation” and singles like “Occupy Wall Street”, “Day in, Day out”, “Wiser”, “Your Name”, and many others, he has quenched the thirst of his fans for his astounding music.

“I have released 7 solo albums and this year I have been focusing on re-releasing those onto streaming platforms as well as recording and releasing new singles regularly”, he says. “I feel like I am entering a new prolific period of my musical career.”

With over 20 years of hands-on experience in making music, Freesouljah is an artist with an extraordinary career. He writes, plays, and uniquely records his music by incorporating sounds of modern indie and lo-fi production. Not wanting to categorize his music style to a particular genre, Freesouljah’s music is not meant to be boxed in. He likes to describe his music style as “Psychedelic Folk”, which serves him fairly well. But he definitely stretches those confines from time to time and viewing his Instagram and YouTube pages will testify to the stretching of genre boundaries.

Growing up in a musical household helped Freesouljah grow accustomed to music, and develop a great sense of rhythm and beats. He learned to play the saxophone at the age of 12. After taking a break from music to pursue football for a few years, he returned to his love for music in his late teens and has stuck to it ever since.

Freesouljah has a lot of projects up his sleeve, of which he says, “I am working on a song called ‘My Broken Heart’ that I feel has hit potential, and is a deviation from the majority of my work, which is pretty weird and far-out sounding.” The single will be released on October 25, 2020. Other upcoming projects by him include his collaboration album with Brian Flowers, “Please Don’t Eat My Face” which he will re-release on September 19, 2020, along with 2 other full-length albums that are in the works.

Freesouljah urges his fans to connect with him on social media, where he actively posts previews of his songs and other clips of his projects.